Our interior pest control applications are applied to the following areas including, but not limited to: all the baseboards in the home, under the sinks, and behind all major appliances. We will also treat into the crawl spaces that are accessible to our technicians. We spray every room on every level of your home, unless otherwise specified, to seal up all the exit and entry points.

Here’s a few of the most common pest control bugs we come across in home interior & exteriors in the Ogden, Utah area. One thing is for sure, if you don’t like bugs, Antarctica is the place for you.

Spiders
Let’s face it, they’re always there. You can find spiders all across the globe, but in your bedroom it is jarring. Spiders use their webs as homes and mechanisms in order to catch prey, but many species do crawl around in search of new areas to camp.

Black widows certainly have the reputation of being a little dangerous, but that’s not a problem for us. The black widow, a broadly distributed genus of spiders with several species that, together, are commonly known as true widows. This group is composed of those often loosely called black widow spiders, brown widow spiders, and similar spiders

Another popular call is the hobo spider, common to Utah & Ogden. Classified as the hobo spider, it is a member of the family of spiders known colloquially as funnel web spiders, but not to be confused with the Australian funnel-web spider. Individuals construct a funnel-shaped structure of silk sheeting and lie in wait at the small end of the funnel for prey insects to blunder onto their webs.

Earwigs
Earwigs have characteristic cerci, a pair of forcep-like pincers on their abdomen, and membranous wings folded underneath short, rarely used forewings, hence the scientific order name, “skin wings”. Some groups are tiny parasites on mammals and lack the typical pincers. Only Antarctica is exempt.

Box Elder Bugs
Named due to the fact that they are on and around boxelder trees. The boxelder bug is a North American species of true bug. It is found primarily on boxelder trees, as well as maple and ash trees. The adults are about 13 mm long with a dark brown or black coloration, relieved by red wing veins and markings on the abdomen

Ants
Found outdoors or indoors year-round, ants may keep their colonies outdoors and only travel inside in search of food. In home interiors, ants may make their homes inside walls, attics, or basements. Only Antarctica is exempt.

Bed Bugs
While the primary place you will find bed bugs is in your beds, you can also find them on furniture, in clothes, or nestling in your boxed/stored linens.

Cockroaches
Again, they are everywhere, in the dark, moist areas of your home. Preferring areas for living and for breeding such as attics, basements, old boxes, or junk in your garage.

Silverfish
The subject of many pest control calls, silverfish prefer dark, damp areas much like cockroaches. In your house, prime areas you’ll find these buggers are the bathroom, basement etc.

Termites
Unlikely to surface from the soil or your walls when they’re doing damage, which can make them hard to detect. Generally, you’ll know you have a termite problem based on the damage they’ve caused to your walls or structure. Again, only Antarctica is exempt.

Our exterior pest control applications are applied to following areas including, but not limited to: the entire foundation of your home, up into the eaves and awnings, around all the windows and doors, window wells, decks, patios, porches, and around all the light fixtures and utility boxes. We also include any garage, attached or unattached, small sheds on the property. Flower beds that are up around the home are always treated as well as.

Nothing stops a backyard BBQ or patio get together like finding out that you have a wasp or hornet’s nest crowding your landscape. Wasps are classified as any insect of the narrow-waisted suborder Apocrita of the order Hymenoptera which is neither a bee nor an ant; this excludes the broad-waisted sawflies, which look somewhat like wasps, but are in a separate suborder. Hornets, on the other hand, are the largest of the eusocial wasps, and are similar in appearance to their close relatives yellowjackets with some species reaching up to 5.5 cm in length.

Normally an exterior, outdoor insect problem, some tick species are more likely in wooded areas, ticks are known to make their way into homes through open doors and windows or attached to humans and pets. 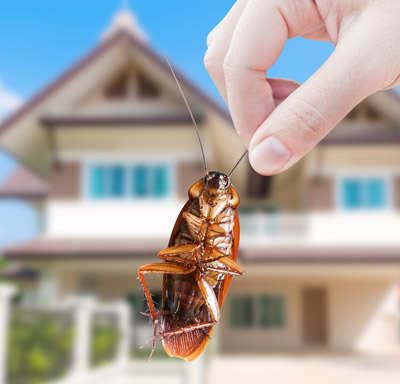 "Extremely positive experience, from the friendly representative who set up my account to the technician who completed my order to the friendly girl who took my payment. Keep up the good work.”

“I had hundreds of little bugs around so I called Bugnappers. I thought they were box elder bugs, the rep was very informative and explained that they were elm seed bugs and how they could get rid of them. Got home a few days after the spray to all of the bugs on my home and yard dead. Will use them again for anything.”

"We have been using Bugnappers for years and are very happy with their service. We never have bug/pest issues inside our home or garage. They have great prices and their customer service is also great and responsive when we have questions."

Get A Free Online Quote Today!

Call Or Text For a Free Quote